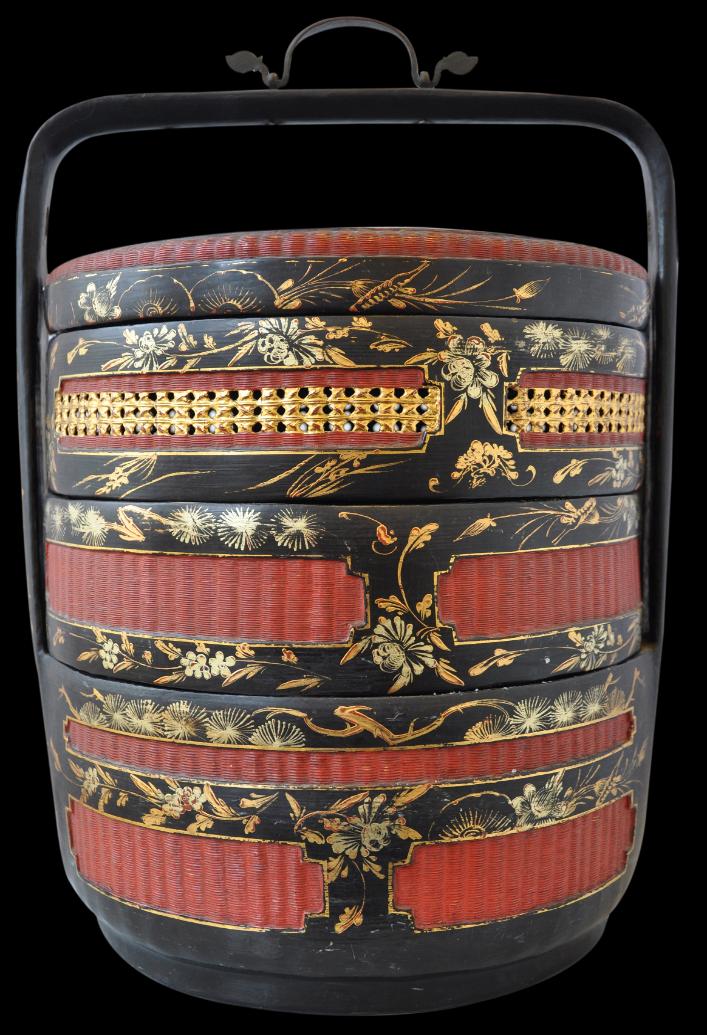 In the past, the decision to get married was formalised through the exchange of gifts between the families of the bride and groom to be. A formal visit would be paid to the residence of the bride’s family by some relatives of the groom where gifts would be presented.

The gifts presented to the bride’s family varied according to local customs. Gifts generally included fruits, cakes, textiles and jewellery. They were often placed on elaborately decorated baskets and trays.

Among the gifts, two items were ritually indispensable. The first being “lilin liong” (literally, “dragon candles”), which was a pair of long red candles to be lighted on the altar during the wedding ceremony. The second item was “uang tetek” (literally, “breast money”), which was a nominal sum of money wrapped in a red paper envelope. This gift was a gesture of gratitude to the mother of the bride for her care and effort in bringing up her daughter.

The gifts from the groom’s family were always accepted and reciprocated by the bride’s family with gifts for the groom. However, one item was generally not accepted and returned untouched – this was the “uang dapur” (literally, “kitchen money”) which was a pure offer of money intended as a contribution to the wedding expenses and trousseau. Some believed accepting this amount of money would be synonymous to selling off one’s daughter.