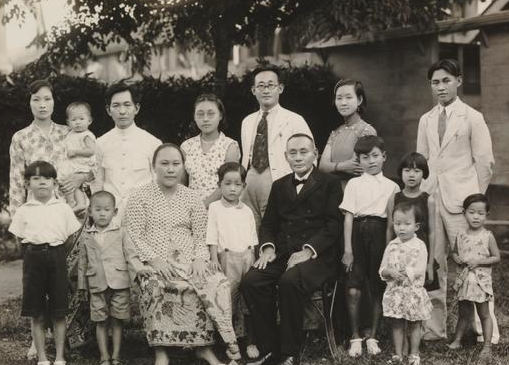 Attire of the Chinese Community in the Dutch East Indies – 10/10 By the 1930s, men wore Western-style attire in public. Many women, particularly young adults who had received Dutch education, also preferred to appear in Western-style clothes in public.

The kebaya, generally preferred by married or older women, became increasingly domestic and was seen at social situations attended by people from similar cultural backgrounds.

On the other hand, Shanghai dress was considered progressive, stylish and “proper”. Versions in luxury fabrics were worn at formal and gala events, particularly at social events attended by people of different cultural backgrounds.

Clothes allow a person to change his or her “skin and face”. One could choose from different styles depending on circumstance and occasion to communicate his or her identity, rank and status.

It was common for members of the same family to dress in different styles, reflecting differences in social norms, political beliefs and cultural affiliation. The definition of being Chinese outside China had become uniquely nuanced and personal.