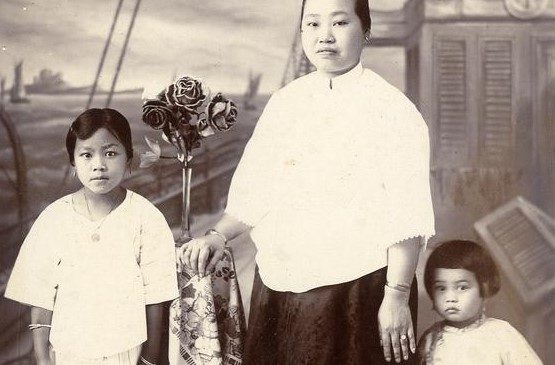 The Republic of China, founded on 1 January 1912, marked the end of Qing dynasty. The Chinese government abolished all hierarchical customs and mandatory rules on attire, including the wearing of queues.

People in China, regardless of social status, were allowed to dress in what they desired. Men, particularly those in big cities, started to wear Western-style suits and neckties.

Among women, a modern interpretation of the traditional blouse (“ao”) and skirt (“qun”) was promoted by the new Chinese government as a national dress. The fabrics used were plain without embroidery. It was somewhat like a “modernised” version of the “baju peki hoa kun”.

Over time, the blouse became tighter and skirts became shorter following modern fashion trends. European dressmaking techniques and embellishments, such as ribbons and broderie anglaise, were frequently incorporated to this dress by those who wanted to express a progressive identity that is distinctively Chinese.