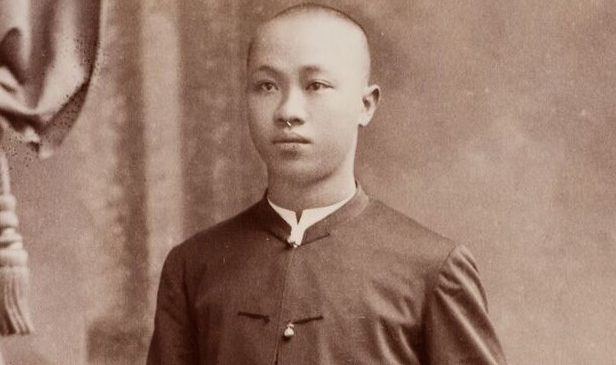 Until early 20th century, Chinese men wore their hair in a Manchurian queue, a hairstyle where the front and sides of the head were shaved, and the rest of the hair gathered and plaited into a long braid that hung down the back.

This requirement was also enforced on overseas Chinese men by the Qing government.

Chinese men in the Dutch East Indies had queues as seen in a photograph of a young Oei Tiong Ham, who looked dapper in a modernised Chinese-style jacket with Western-style tailored trousers, cane and hat.

The wearing of queues was abandoned with the collapse of the Qing dynasty. A modern Chinese identity was established with the founding of Republic of China on 1 January 1912.