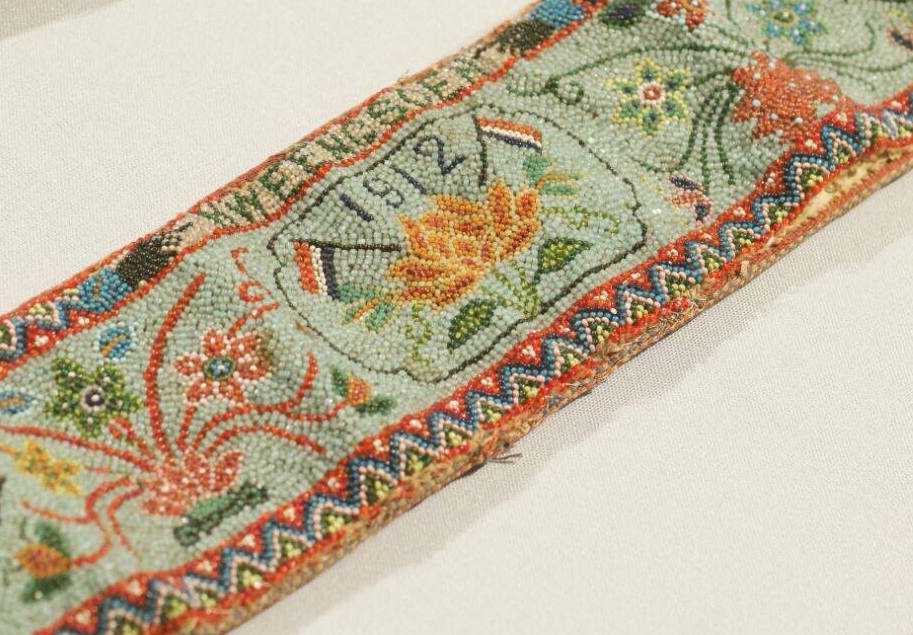 Textiles and jewellery were often exchanged during the engagement ceremony known as “Sang Jit’.
Well-to-do families would often present the groom-to-be a gold belt; others would give a beaded version and depending on the budget, a gold, silver-gilt or silver belt buckle. These belts were generally ceremonial items and not part of the daily wardrobe.

The illustrated belt from the collection of the Peranakan Museum Singapore is one such example. It is beaded belt of workmanship and style popular in Padang, West Sumatra during the early 20th century. This is a unique belt as it was embroidered with a date “1912” (perhaps the date of the wedding); and a name, “Kwe Eng Soen”, (probably the name of the groom, perhaps written as 郭永順 in Chinese).

The date was embroidered between a pair of Dutch flags above a Chinese-style lotus; the saw-tooth borders along the belt were probably inspired by designs found on the ends of batik “kain panjangs”. The iconography of this belt thus crossed borders culturally, which in some ways is a reflection of the spirit of the Chinese Indonesians. Incidentally, the Chinese Republic was established in 1 January 1912.