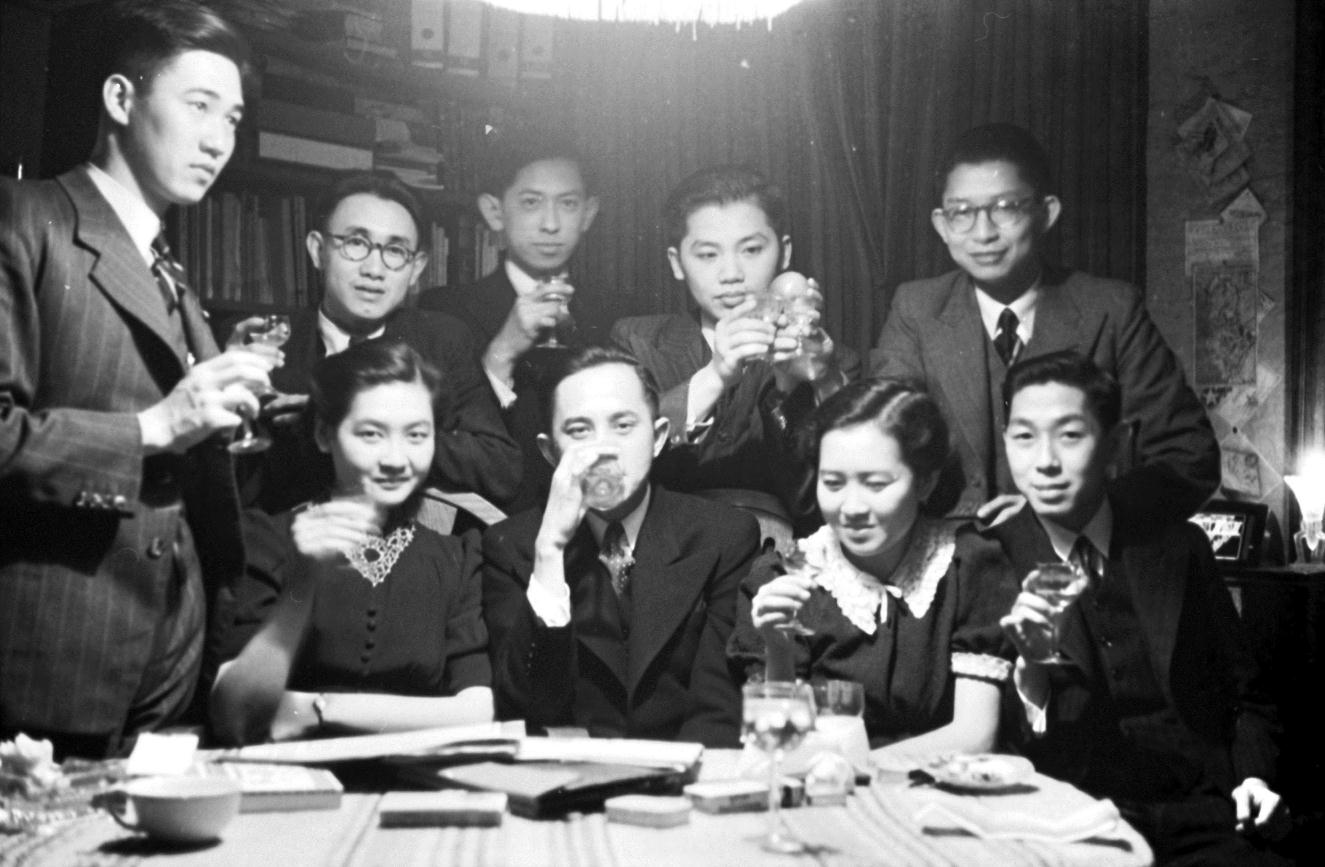 It was 1941 and the Netherlands were occupied by Nazi Germany. The occupiers had shut down the University of Leiden as a response to the protests which arose at the discharge of Jewish employees. Later that year, Japan attacked Pearl Harbor.

The photo was taken by my father, Yap Tjok King (born 1916, in Semarang). He was in Leiden from 1936 to study pharmacy, far away from family and home. In Leiden, he found students of similar background at the Chung Hwa Hui, an association which served as a base for the Chinese from the Netherlands East Indies to evade feelings of loneliness and develop close friendships. These friendships even deepened during the German occupation, when communication with family in the Netherlands Indies became impossible. No more letters from home, no allowance and no possibility to return home.

The 9 friends on the picture had their own stories. However, they also had one story in common. Their families followed the same path. Their ancestors left China to settle down in the Netherlands Indies. Their fathers saw to it that they could follow higher education and created an opportunity for them to study at a university in the Netherlands.