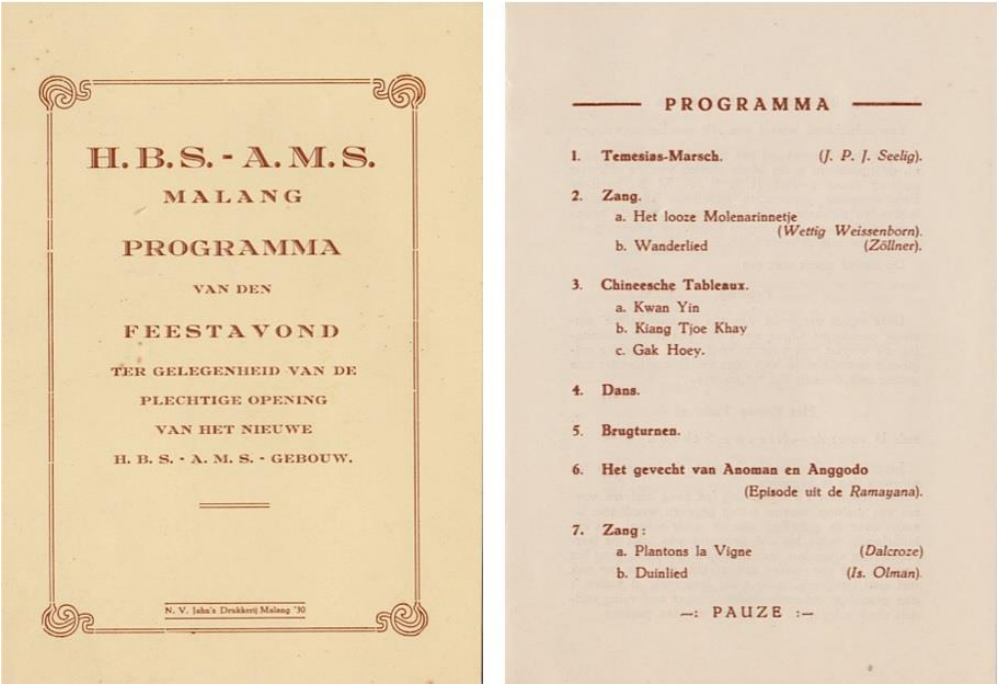 The new HBS building of Malang at Coenplein was festively opened on 17 October 1930. Three members of the Peperzak family, living in Malang at that time, actively participated in the opening. My grandfather, Adriaan Peperzak, held a speech. He was president of the teachers association. Uncle Koos, my mother’s eldest brother, made the introductory speech. My mother Connie sang. At that time Uncle Koos and my mother Connie were students of the HBS, as were a number of Chinese fellow students.

My family kept the program booklet and some pictures of that festive occasion. In his diary, Uncle Koos’ wrote a detailed account of the evening. Songs and dance were part of the program, as well as three Chinese tableaux, performed by the Chinese students. Kwan Yin was the title of the first tableau, apparently a reference to the famed goddess of mercy. The two other tableaux, named Kiang Tjoe Khay and Gak Hoey, possibly referred to two well-known literati in ancient China.